You’ll have to forgive Peter Lucas if he, like many of us, has lost track of time a bit over the past two and a half years of the pandemic. He tries to remember the last time the Houston Museum of Fine Arts held its jazz at the movies series.

“It was like five or six years ago, wasn’t it?” he said with a hint of exaggeration. “Who has a realistic idea of ​​the weather with COVID? But it seems like it’s been a long time since we’ve done this!

Lucas created the MFAH Annual Series in 2013 and curated each edition. That includes the latest in 2019. He adds that the process isn’t just about making a list of movies he wants to show and ordering.

“Sometimes one company will have the rights to the films, but another archive has an impression. And we are always looking for the [actual] 35mm film prints or digital restorations,” he says. “Sometimes they took years to track down and secure for screening.”

Since its creation, jazz at the movies featured documentaries on individual performers or jazz history, concert films, and fictional films with a heavily jazz-based subject or soundtrack. Most of them are rarely shown. Lucas has guided us 4/4 times through all five selections for this year’s series, which runs from June 4-18.

Sun Ra: a happy sound1980
One of jazz’s most eclectic characters (which is saying a lot), Alabama-born Herman Poole Blount (1914-1994) is almost as well known for his outlandish philosophy and extravagant stage costumes as his avant-garde garde, free jazz sounds performed with his rotating musical ensemble, The Arkestra.

And don’t forget that the eclectic piano/synthesizer alchemist was a guy who claimed to be an alien from Saturn sent to earth to preach peace and his brand of Afro-futurism.

“I’m aware of some perceptions from people who haven’t deeply engaged his music that see him as a guy with some kind of goofy costume, and I guess he can be enjoyed that way,” Lucas says. “But this documentary presents both aspects, and there are great performances.”

Lucas says what’s “most enlightening” is seeing Ra and his musicians rapping and practicing at their shared home and rehearsal space in Philadelphia.

“The [band] have a lot of respect for Sun Ra and the music they make and the community around them,” says Lucas. And as a bonus, the film is presented by Houstonian Damon Choice, who was a member of Sun Ra’s Arkestra in the 60s and 70s. 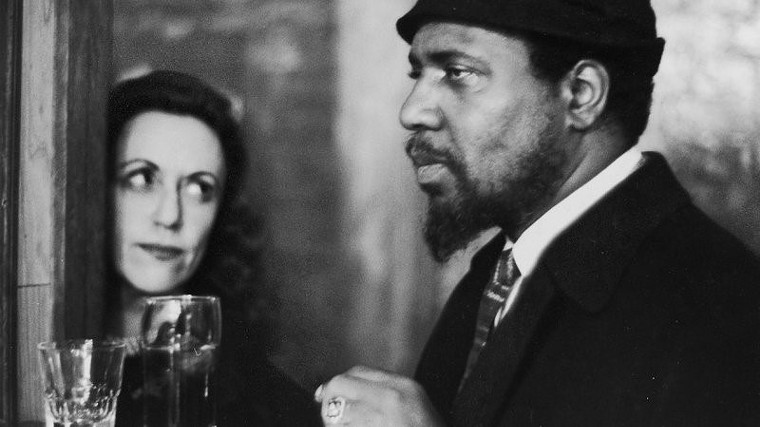 The Baroness of Jazz2009

When saxophone legend Charlie Parker died in 1955 of various health problems, it was in the New York hotel apartment of Baroness Pannonica de Koenigswarter.

And while eyebrows were raised as to why a drug-addicted black jazz man was in the private quarters of a white woman from a notorious Jewish banking family, players in the New York jazz scene knew the Baroness as a true admirer of music and someone who many times helped players (notably Parker and Thelonious Monk) with money, accommodation or support when they were down.

“She’s always been this weird, mysterious little character in jazz history,” Lucas says, adding that the fact that the documentary was directed by Koenigswarter’s great-niece, Hannah Rothschild, provides a more intimate touch. “It took us a while to track down this film from a European distributor.” 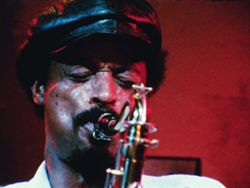 Nathaniel Taylor in “Passing Through”.

Lucas is perhaps the most enthusiastic about securing a screening for this very rare piece of African-American indie cinema, directed by Larry Clark and co-written by Clark and Ted Lange (yes, Isaac the bartender from TV’s The ship of love).

The plot tells the story of a jazz musician recently released from prison played by Nathaniel Taylor (later better known as Rollo from the TV series Sanford and sons) who is trying to navigate an exploitative music industry while searching for his grandfather and his musical/spiritual mentor.

The soundtrack features many well-known jazzmen, but the original score is written by Houston-born pianist/composer Horace Tapscott and performed by his Pan African People’s Arkestra.

“It has never been released on any home video or streaming platform and likely will be. never be,” Lucas says. “It’s really a unique chance to see this film. And musicians know Horace Tapscott and hold him in high regard not only as a musician, but also as an educator and community activist. He grew up here in the third ward. 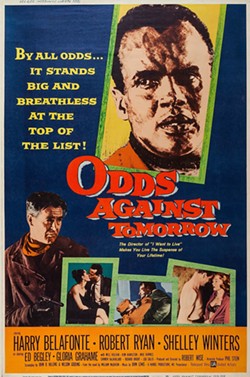 In the late 1950s and early 1960s, many crime thrillers or dramas set in an urban or big city landscape featured jazz-heavy soundtracks. Music from composers like Lalo Schifrin and Elmer Bernstein, or musicians like Miles Davis, Duke Ellington, Charles Mingus, Thelonious Monk and Quincy Jones.

John Lewis of the Modern Jazz Quartet does the honors for this flick, a film noir in which a former cop recruits a nightclub host with a gambling problem (Harry Belafonte) and a racist ex-con to pull off a heist. Themes of racism, greed and self-destruction abound. The MJQ and a few guest stars provide the music.

“Cinema was changing in this era, and you had Hollywood filmmakers looking to stage a modern America in music, something to put you in an urban metropolis of that day, or have a sense of existential dread” , said Lucas. . “And it was jazz, sometimes with Latin rhythms. Many European films of the time also used jazz. It was a hot time for that, even as jazz split into different modes.

Midnight Tower1986
This film tells the story of a jazz saxophonist towards the end of his life and career as he reflects on the choices he made while trying to steer a young sidekick away from the same substance abuse issues he had. The character is an amalgamation of real-life jazz musicians Lester Young and Bud Powell, but also that of Dexter Gordon, who also plays the lead role.

It was part of a trio of jazz-centric films, including Clint Eastwood’s take on the life of Charlie Parker, Bird (1987) and Spike Lee ‘Mo Better Blues (1990) which briefly featured jazz in mainstream films.

“This story is not very far from that of Dexter himself at the time. And I always wanted to integrate this film into the series from the beginning. The director, Bertrand Tavernier died last year, and I wanted to honor this very beautiful work,” says Lucas.

“A lot of people around the world have had, if not their first exposure to jazz with this film, a better understanding of it. And there are so many great [real-life] musicians like Herbie Hancock, Freddie Hubbard and Bobby Hutcherson,” he continues. “And every time you see a performance there, it was performed live. There was no mime. It’s kind of hard to talk about it because it’s so moving in so many different ways. Dexter Gordon (seated) in “Round Midnight”.

As Lucas speaks, it’s right after the action movie’s hugely successful opening weekend (very unjazzy) Top Gun: Maverick. And there’s been a lot of talk about the big difference between seeing a movie like this in a real theater and streaming it at home.

Lucas has a similar opinion about seeing entries in the jazz at the movies in the same way.

“That’s a big reason to create this series in the first place, to see movies the way they were meant to be seen. On the big screen and in common and with great sound. I saw [audiences] even clap after seeing a musical performance,” he says.

“And there’s also this thing where we’re never not looking distracted [at home]. You’re still eating Cheetos and checking your phone and you’re the one pressing play. It’s very different from simply surrendering to an experience.

jazz at the movies June 4-18 at various times at the Museum of Fine Arts, Houston Brown Auditorium, 1001 Bissonnet. For more information, call 713-639-7515 or visit MFAH.org/films. Each movie $9, $7 for seniors, students with ID, and MFAH members. 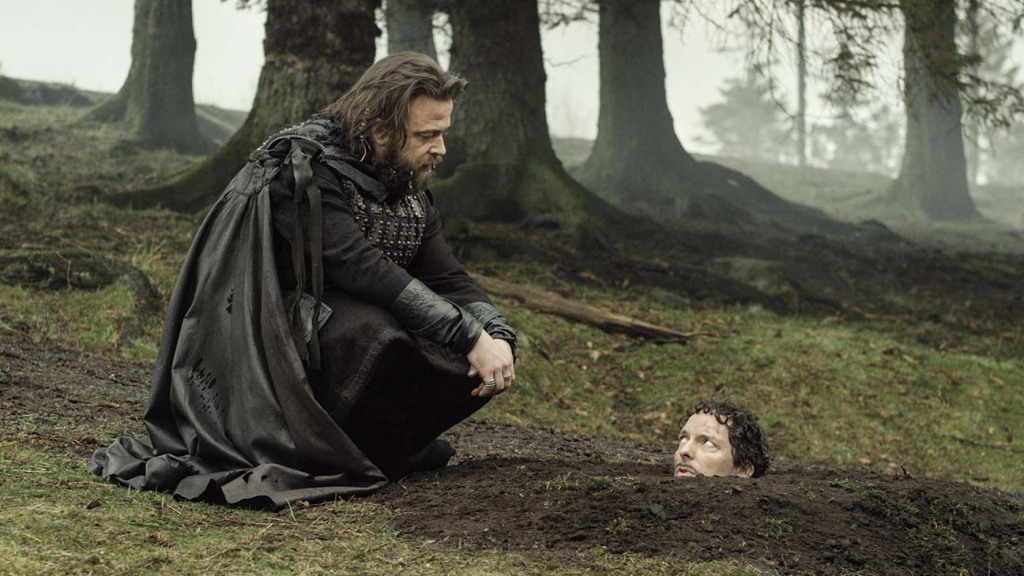 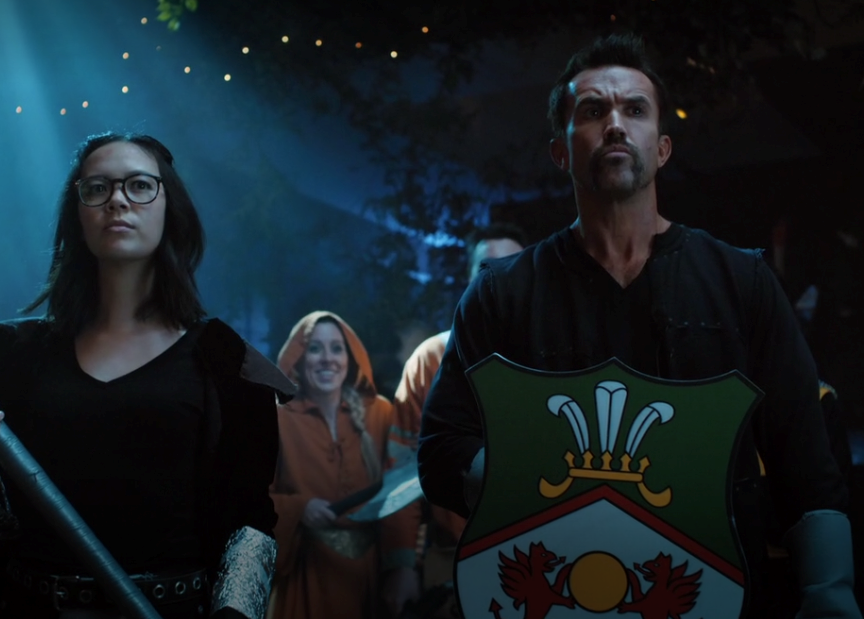