Given the increasingly likely possibility that there won’t be another, one can’t really be blamed for wanting to celebrate America’s 246th birthday by getting lost. Luckily, it’s a big country, and the Brattle Theater has a dozen movies screened over 10 days beginning Saturday, July 2, racking up more mileage than an entire season of “Diners, Drive-Ins and Dives.” Taking place alongside a heartbreaking new 4K restoration of David Lynch’s ‘Lost Highway’, Brattle’s ‘Lost in America’ retrospective offers a broader, less terrifying view of America’s highways, with stories of weary travelers , sometimes silly, losing their way and finding themselves.

The series kicks off with the prototypical road movie and the template for just about every rom-com that followed. Infinitely delicious 1934’s “It Happened One Night” by Frank Capra stars Claudette Colbert as a runaway heiress trying to get from Florida to New York with four dollars in her purse and Clark Gable in her as a sleazy reporter who realizes he’s just stumbled across a life story. The two bicker and joke along the back roads of a Depression-ravaged America, the film remaining somehow dynamic but lucid about the real woes of the country – a specialty of Capra. Gable’s swaggering macho man (outrageously seen here without an undershirt) has a gallant streak, he’s bad at keeping secrets, and something about this damsel in distress can’t help but melt his heart. Ours too.

Fifty-four years later, a similar sort of love story unfolds in director Martin Brest’s “Midnight Run.” You’ll have to take my word for it, but at the time audiences were shocked by the sight of a pre-Fockers Robert De Niro deigning to do comedy – a genre he hadn’t touched since the underground of Brian De Palma. anti-war satires in the 1960s. Method’s narrowly wounded actor relaxes here to extremely pleasing effect as a gruff bounty hunter tasked with bringing in Charles Grodin’s shrewd accountant, a much-wanted witness by the Feds and the gangsters he ripped off. The stars’ killer chemistry won most of the initial accolades, but what makes “Midnight Run” so reviewable is one of the decade’s great crackerjack ensembles, including Dennis Farina, Yaphet Kotto, John Ashton, Joe Pantoliano and Phillip Baker Hall. De Niro has always been our best phone caller and this film features some of his most memorable calls.

Like many kids my age, I learned there was no basement at the Alamo from “Pee-wee’s Big Adventure.” So it’s fitting that Brattle spends July 4th with Paul Reubens’ peculiar man-child, especially since the film’s spoiled and wealthy villain, Francis, has grown up to be the 45th President of the United States. (You have to admit the resemblance is uncanny.) It’s an even better movie than you might remember – a winking riff on Vittorio De Sica’s “Bicycle Thieves” with a screenplay by Reubens, Michael Varhol and the “Saturday Night Live” legend Phil Hartman builds like one of those Rube Goldberg devices that delivers Pee-wee his breakfast in the morning. Director Tim Burton, making his feature film debut, is in perfect sync with his star’s anarchic sensibilities, evoking a kitschy American landscape that is both whimsical and deeply eerie. If you’re going to Monday’s screenings, tell them Large Marge sent you.

There are few visual flourishes more semiotically charged than “American Honey” director Andrea Arnold outfitting Elvis’ granddaughter Riley Keough in a Confederate flag bikini, but alas, that’s about where my admiration for the 2016 photo ends. A jarring, Dickensian escapade in which runaway teenagers sell fraudulent magazine subscriptions door-to-door for 163 minutes in the land of Walmart, this is one of those hugely ambitious projects a European artist comes in here and gets tripped up trying to explain America to himself. (Call it “Rattle and Hum” Syndrome.) You’re much better off watching Kathryn Bigelow’s belated vicious Vampire Western “Near Dark,” which is hard to find on home video and unavailable for streaming. The splattered cult classic from 1987 features a Bill Paxton movie stealing trick and eagle-eyed viewers will see Bigelow’s future ex-husband James Cameron give it the middle finger.

Albert Brooks’ 1985 masterpiece about yuppie malaise “Lost in America” ​​stars the squeaky comic as an advertising executive who, along with his fickle wife (Julie Hagerty) tries to quit. the rat race and quit the company, liquidating all of their assets and hitting the open road in a Winnebago. The journey begins with vague, idealistic notions that are quickly shattered when she squanders their nest egg at a roulette table. It’s a ruthlessly funny film – Garry Marshall gives one of the great performances of a scene as a harassed casino manager – about the fact that we’re not all made to be easy riders. (According to legend, Danish director Nicolas Winding Refn didn’t realize the film was a comedy and found himself so frightened by Brooks’ anger that he portrayed him as a psychotic gangster in his “Drive.” of 2011).

Finally, the series ends with a splenetic time capsule from a previous plague era. Gregg Araki’s 1992 “The Living End” exploded in art halls a year before Tom Hanks and “Philadelphia” made it safe for movies to talk about AIDS. A hazy eruption of justifiable rage, the film follows two young HIV-positive lovers who kill a cop and hit the road for a series of crimes with the motto “f—everything.” It’s an urgent and divisive work, billing itself as “an irresponsible Gregg Araki film” while evoking American iconography of muscle cars and the open road with an aesthetic that is equal parts Godard and Andy Warhol. “The Living End” is often amateurish, but the movie’s anger is indelible. We could use more today.

“Lost in America” ​​runs at the Brattle Theater from Saturday, July 2 through Monday, July 11. 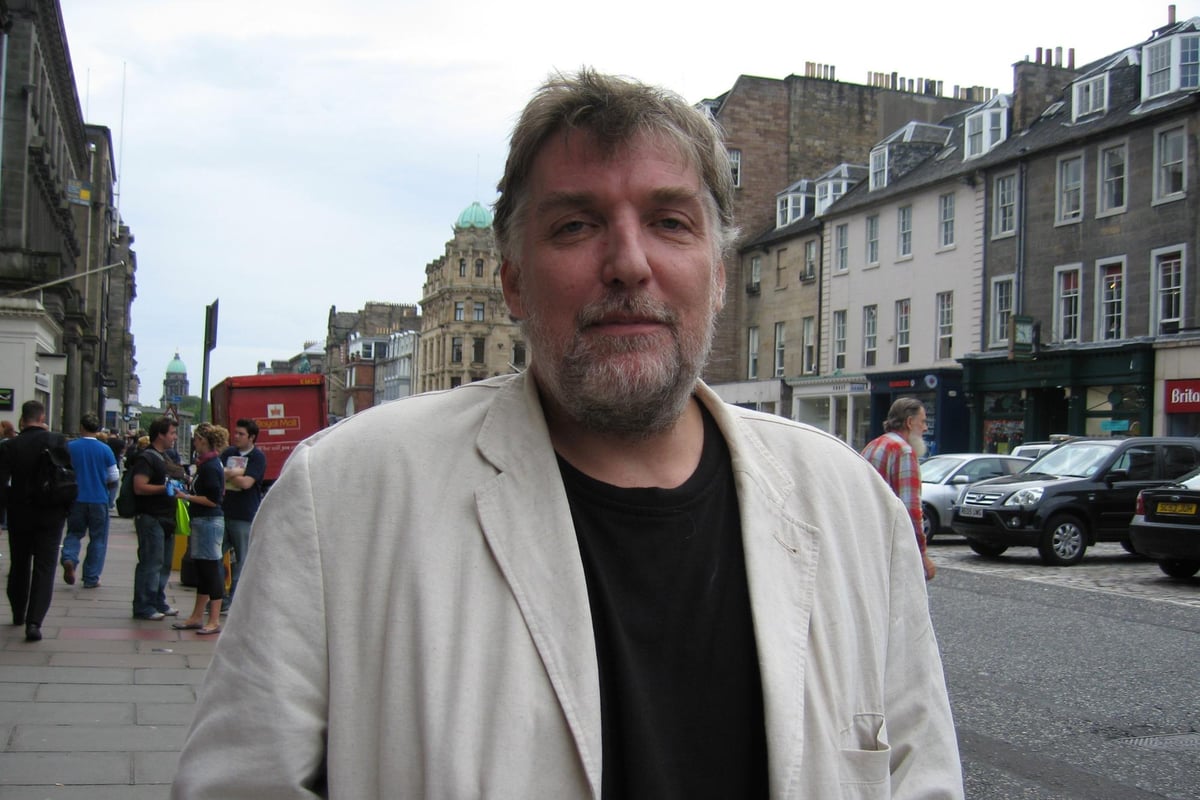 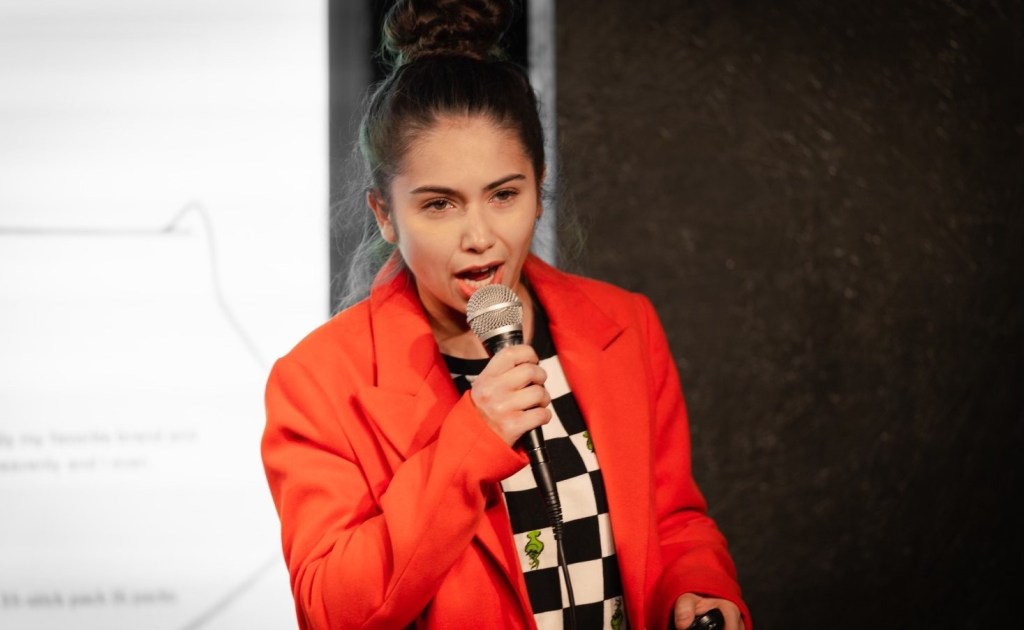